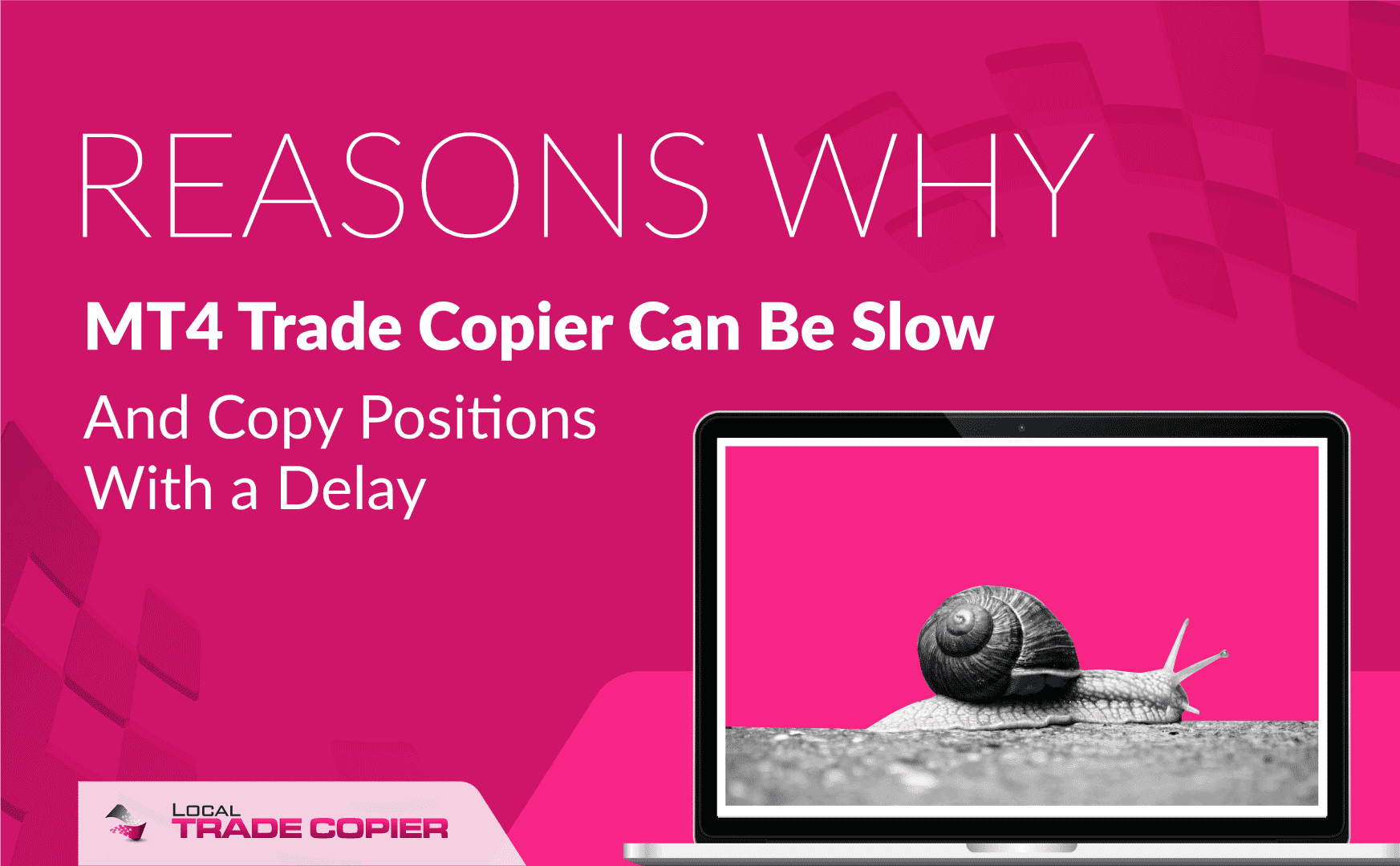 Under normal conditions, the Local Trade Copier should copy positions in less than one second. Yes, trades must be copied in 1 second or faster. If it takes longer, then something’s not right.

In this article, I want to give possible reasons for slow trade copying so you could identify the problem yourself and fix it fast.

Possible reasons why your computer is so slow:

1) You have other EA or indicators on one or more MT4 terminals that are slowing down your system. Do a speed test when all EAs and indicators are closed and you have just Server EA and Client EA. This is one of the most common mistakes traders make – having many other EAs that use lots of CPU/RAM memory resources and there’s nothing left for the LTC copier. Note, that CPU usage seen in Task Manager might correct on 64-bit computers because MT4 is a 32-bit application. Today 99% of computers are 64-bit and usually, they cannot measure and balance CPU usage efficiently for 32-bit apps like MT4.

2) You have other software running that is slowing down a computer. It might be Download manager apps, games, torrents, and similar stuff. Try disabling antivirus and other protection software for a few minutes to see if it makes MT4 work faster. I would not recommend disabling Windows Firewall though.

5) Many VPS servers that have multiple CPUs often have trouble with MT4. Here’s the article to solve MT4 speed issues on multi-CPU VPS servers.

If you want to continue using your trade copier set up on your computer alone you will probably have to run fewer MT4 terminals so that your computer can handle the work. When I closed half of MT4 LTC started to work like 10 times faster, but still slow for good results.

A simple experiment by closing MT4 terminals one at a time will show if the LTC copier starts to work faster on the ones that left running. When you take VPS it would be wise to take the one that’s in the same country as your client MT4 broker servers. Because now you have 400ms latency with a broker and that’s not fast. I would aim for 100ms minimum. But obviously, this is not a problem right now compared with

When you rent a VPS it would be wise to choose the one that’s in the same country as your client MT4 broker servers. This way you should get the best execution latency. I would aim for 100ms minimum. But obviously, if your computer is slowing down trade copying by 10 seconds or more then reducing execution speed would not solve anything. First, you need to make sure that the trade copier is working fast as it should.

Remember, the LTC copier should copy trades in 1 second or faster. If you are not getting this speed you need to optimize the performance of your computer.